The top clinical hospital Medisch Spectrum Twente (MST) was formed in 1990 out of the merger of two hospitals in Enschede. As completion of this merger, a new hospital was built in the heart of Enschede, replacing the technically and economically outdated buildings which were located in two different locations. The new building, designed according to the latest socio-psychological and technical insights, focuses entirely on the patient. The old hospital at the Haaksbergerstraat has been renovated so that supporting functions can be performed there. The building on the Ariënsplein will get another function.

HEALING ENVIRONMENT IN THE MIDDLE OF THE CITY

The design for the new building is based on the insights arising from the concepts Evidence Based Design and Healing Environment. Together these result in an environment that has a positive impact on the health and a faster recovery of the patient, because the stress of staying in a hospital is reduced. Examples include: the new MST only has single nursing rooms with the associated privacy and security, the use of daylight and exterior views, the use of colour and clear orientation and overview in the building.

The choice of a hospital in the centre is driven by the idea that a patient then remains a part of society: from the rooms, one sees and feels the city's liveliness. Conversely, this is also true: the large number of visitors and the many staff make for a great dynamic in this part of Enschede.

Where in the past, the main entrance of the hospital was in the Haaksbergerstraat and the MST was turned away from the centre, the new building is built with the entrance directed towards the centre of Enschede and now fills an open spot in the city. Koningsplein square was redesigned by the municipality of Enschede, getting a green appearance in which both the stay as well as the walking route between the hospital and the city centre is styled with care. An elevation point with a lift connects the square to the H.J. van Heek parking garage. From the hospital, a stairway with moving walkway connects to this garage.

A front porch gives access to the meditation centre and a small chapel. It is a space where patient and visitor are given the opportunity to process their feelings. Meditations, concerts, chamber music and the weekly celebration on Sunday take place here. The artworks in this space are all created by artists from Twente. Diagonally across the meditation centre, an Islamic prayer space is located.

Art in the hospital

Early on in the design process, it was decided to give art a prominent place in the building. After all, a stay in a hospital can be a very emotional ordeal for a person. Art can work as a kind of thought catcher in this case, but it can also appeal to the imagination as well as entertain and relax. The single nursing rooms are grouped around the five atria on the top three floors. And because there is a lot of light, air and space this high in the hospital, it was decided to hang major artworks here that can be seen from the nursing rooms. But also when seen from the surrounding waiting rooms and from the ground floor, the works give each atrium its very own identity. Very different is the situation in the semi-underground entrance where visitors from the Van Heek parking garage enter the hospital through a tunnel on a moving walkway. Here, one is confronted by a large photographic work of light and views that escort patients and visitors to the threshold of the hospital and welcome them in a surprisingly way. 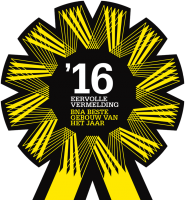 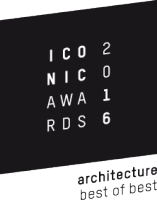 More about our craftmanship